TAMPA, Fla. (AP) There was no panic in the Tampa Bay Lightning - just another determined performance against the New York Islanders.

Steven Stamkos had two goals and an assist and Andrei Vasilevskiy notched his fourth career playoff shutout, helping the defending Stanley Cup champions rout the Islanders 8-0 in Game 5 of their semifinal playoff series on Monday night.

''I like to think we play determined all the time, not just tonight,'' coach Jon Cooper said after his team moved within one victory of a return to the Stanley Cup Final.

''It's certainly a response and a mindset and it starts with our goalie,'' Stamkos said.

''Vasy just has an amazing ability to bounce back whether he plays great or he doesn't play great. But when we lose, he takes that personally,'' the Lightning captain added. ''He was outstanding, made some big saves early, settles us down, we get some goals and get some confidence.''

The Lightning improved to 13-0 in games following a postseason loss since launching their 2020 title run and will take a 3-2 series lead over the Islanders into Game 6 of their best-of-seven matchup Wednesday night in Uniondale, New York.

Game 7, if necessary, would be back in Florida on Friday.

''We're going to have to have our best game, the best effort from every player on our team. And if we do that, we'll be back here for Game 7,'' Islanders coach Barry Trotz said.

''This result, how we played, if that doesn't motivate us then I'm not too sure what will,'' Trotz added. ''We put ourselves in a tough bind.''

Stamkos ignited a three-goal opening period - the first against the Islanders all season - by scoring just 45 seconds into the game. His power-play goal at 5:42 of the second began another three-goal period that made it 6-0.

Alex Killorn finished with two goals, Brayden Point delivered his 13th of the playoffs, and postseason scoring leader Nikita Kucherov extended his career-best playoff points streak to eight games with three assists for Tampa Bay, which hasn't lost consecutive playoff games since being swept by Columbus in the first round in 2019.

Point has scored a goal in eight straight games, the second-longest stretch within a single postseason in NHL history.

''It's playoff time. It's not about personal stats. Wins are what matter,'' said Point, whose power-play goal made it 7-0.

Vasilevskiy, meanwhile, stopped all 21 shots he faced for his third playoff shutout this year. The Vezina Trophy finalist also blanked Florida and Carolina in series-clinchers in the first two rounds.

Essentially taking up where the Lightning left off in a furious third-period rally that just fell short in a 3-2 loss in Game 4, Stamkos, Yanni Gourde and Killorn scored in the first 15:27 to make quick work of Islanders goaltender Semyon Varlamov, who was replaced by Ilya Sorokin after yielding three goals on just 16 shots.

''This group has a lot of pride. ... I thought our response (in third period Saturday) carried over to tonight,'' Cooper said. ''I loved the effort. But in the end, it's one win. It's a clean slate in two nights.''

The Islanders held on to win Game 4, evening the series at two games apiece, when defenseman Ryan Pulock's diving stop in the closing seconds prevented the Lightning from forcing overtime. But since using a three-goal period of its own to take command Saturday night, New York has been outscored 10-0 over the last four periods of the series.

''A loss is a loss this time of year. Whether it's in double overtime or how it was tonight,'' New York forward Kyle Palmieri said.

''We're going to wake up down 3-2, heading home with our backs against the wall,'' Palmieri added. ''But we have a chance to win a game at home and that's all we're focused on now.''

Tampa Bay's sparkling record in games following a playoff loss comes on the heels of being swept by Columbus in the first round two years ago. It's the longest such streak in NHL history, and Vasilevskiy has been the goaltender in each of the victories. Kucherov has a team-leading 26 points (5 goals, 21 assists) in the 13 games.

Point, who leads the league with 13 goals this postseason, is the second player in NHL history to score a goal in at least eight consecutive playoff games in a single year. Reggie Leach had a 10-game goal streak for the Philadelphia Flyers in 1976.

Islanders center Mathew Barzel sat out the third period after drawing a major penalty for crosschecking Tampa Bay's Jan Rutta as the second period came to a close. Barzel was also drew a game misconduct penalty.

The Lightning are 11-1 when scoring the first goal this postseason, 0-4 when they haven't.

NYIIslanders
TBLightning
STARS OF THE GAME 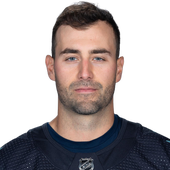