MONTREAL (AP) Alexis Lafreniere snapped a third-period tie with a power-play goal in his first NHL game back home, and the New York Rangers beat the Montreal Canadiens 3-1 on Saturday night for their first victory under new coach Gerard Gallant.

Lafreniere, the top pick in the 2020 draft, grew up about an hour from Montreal in Saint-Eustache, Quebec. He scored for the Rangers (1-1-1) just 26 seconds after Jonathan Drouin pulled Montreal (0-3) even.

The 6-foot-2 left wing, who turned 20 on Monday, also needed stitches to close a cut on his chin sustained in the game.

''It was just really special to score, especially in Montreal,'' Lafreniere said. ''The building was electric, it was pretty fun and I got a couple of stitches tonight so it's worth it.

''I've been dreaming about it for a while, but to live (it) and to be able to score is the cherry on top of the sundae.''

With the Bell Centre crowd still buzzing over Drouin's goal, Lafreniere took a pass from Mika Zibanejad and beat goalie Jake Allen, who had no time to make the save.

''He is getting better. He's playing a better two-way game and we're really happy with the progress we've made,'' the coach said.

Gallant was happy to see Lafreniere enjoy success on a day he had circled on his calendar for a long time.

''He deserves it,'' Gallant said. ''He's had a really good training camp, he's a really good kid and he's playing really well for us.

''Obviously, he's an emotional kid and I think he felt pretty good about scoring in this building and it means a lot to him, so it was fun.''

New York broke the ice in the second period on its fourth power-play opportunity. Lafreniere's shot deflected off Kreider and then Alexander Romanov before sliding across the goal line. Kreider was credited with his third goal of the season.

Christian Dvorak circled around the back of the net and found Drouin, who beat Rangers goalie Igor Shesterkin to make it 1-all at 9:24 of the third.

Lefreniere responded quickly with his first goal of the season to put New York back ahead.

Lafreniere's hometown is just north of Montreal and he was playing at the Bell Centre for the first time in his career.

Kevin Rooney rounded out the scoring with an empty-net goal for New York.

Shesterkin was solid in goal, stopping 31 shots. Allen made 21 saves.

''It's a good way to start a road trip, for sure,'' Lafreniere said. ''We're on the road for a couple of days, so it's a good start and the vibe is really good.''

The Canadiens are 0 for 11 on the power play this season and have scored one goal in each of their first three games.

''I think that we have shots, but we need more bodies around the net.''

''Tonight in our neutral zone, they had to dump the puck and needed to chase it,'' he said. ''There were no 2-on-1s like in Buffalo.

Rangers: At Toronto on Monday night. 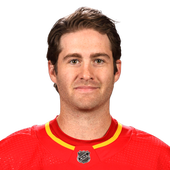