ANAHEIM, Calif. (AP) Ryan Lindgren scored twice in the third period after Jarred Tinordi got credit for the tiebreaking goal in the New York Rangers' 4-1 victory over the Anaheim Ducks on Saturday night.

Mika Zibanejad also scored, Alexandar Georgiev made 13 saves and the Rangers rallied for four unanswered goals to move into a tie with Carolina for the Metropolitan Division lead with their fourth victory in five games.

Tinordi, a journeyman defenseman playing his sixth game with New York, got his second career goal and first since January 2020 early in the third period when his long shot deflected in off the stick of Jacob Perreault, the Ducks' 19-year-old prospect making his NHL debut.

''Good to see that from Tinner,'' Rangers coach Gerard Gallant said. ''They couldn't be happier on the bench when guys like that score goals.''

Lindgren then scored on a high shot through traffic, and he added an empty-netter in the final minute for his first career two-goal game. The defenseman had four goals in his first 148 NHL games, and he was fairly certain he hadn't had a two-goal game since high school at Shattuck-St. Mary's in Minnesota.

''It's extra special when guys that don't score goals, and do so much for us on defense, get to score goals,'' Zibanejad said. ''It's fun.''

New York outshot the Ducks 20-3 in the third period and 40-14 overall. It was the fewest shots the Rangers had allowed since holding New Jersey to 13 in February 2012.

Isac Lundestrom scored and Anthony Stolarz stopped 36 shots in his first loss since Oct. 28 for the Ducks, who failed to earn a point at home for the first time in seven games since November. Anaheim has lost four of five since the holiday break.

''Through two periods, I thought we were pretty good in our own end,'' Anaheim coach Dallas Eakins said. ''When we had opportunities to score, we either hit the post or missed the net. That's one area I think was a massive difference in the game.''

New York's first visit to Honda Center since December 2019 was the second stop on a five-game trip that includes Vegas and all three California teams.

The Rangers' first two goals both went in off Stolarz's teammates, but the backup goalie otherwise had another solid performance while New York roundly outplayed Anaheim. His career-best, six-game winning streak still ended as the Ducks returned poorly from a four-day break caused by COVID-19 problems.

Eakins said it feels as though the Ducks' last full-roster practice was ''about three years ago.''

''We have certain circumstances here where we have the slow trickle of guys in and out of the lineup,'' Eakins added. ''Tonight is a great reminder of how you have to be on every night, because the room for error is minuscule.''

New York played without forward Dryden Hunt, who got hurt in Thursday's loss at Vegas, and forward Julien Gauthier, who went in the COVID-19 protocols Friday.

Lundestrom opened the scoring midway through the second period with his eighth goal off an exceptional spinning pass from Troy Terry, whose 14th assist set a career high. He has already obliterated his previous career high with 21 goals.

Less than three minutes later, Zibanejad got credit for his 12th goal when the puck deflected in off the stick of Anaheim's Max Comtois, who turned 23 on Saturday.

Perreault is the son of NHL veteran Yanic Perreault. The 2020 first-round pick got promoted to the short-handed NHL club after his outstanding start in the AHL with San Diego.

Rangers: At the Los Angeles Kings on Monday.

Ducks: Host the Red Wings on Sunday in a rescheduled game. 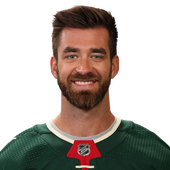