EDMONTON, Alberta (AP) John Klingberg got the initial credit for Dallas' overtime goal after Joe Pavelski forced the extra period by completing a hat trick in the final seconds of regulation.

The Dallas defenseman knew a scoring change was coming.

Klingberg's hard shot grazed Alexander Radulov's stick 16:05 into overtime, and the Stars beat the Calgary Flames 5-4 on Sunday to even their Western Conference playoff series at 2-2. Game 5 is Tuesday.

The shot that got past Cam Talbot was the 62nd for the Stars, their most since 63 in a five-overtime loss in the 2003 playoffs. The NHL announced the scoring change about three hours after the game.

''It felt great to see one go in, but I think Ravs tipped it there, so good for him to go to the hard area,'' said Klingberg, who ended up with three assists after the scoring change. ''Just a great effort by the whole team.''

Pavelski, signed as a free agent last offseason after spending 13 years in San Jose, recorded Dallas' first playoff hat trick since the franchise moved from Minnesota in 1993, and the first of his career on his 53rd postseason goal.

''Obviously this was probably the biggest game of my Stars career so far,'' said Pavelski, who has five goals in seven games in the NHL bubble. ''Woke up feeling good. Knew right from the start in the locker room all the guys were intense.''

Tobias Rieder tied an NHL record with his third short-handed goal of the playoffs, and Calgary got one in a third straight game against Dallas, for a 4-3 lead early in the third period.

Derek Ryan hit Rieder in stride with a pass after chasing down a loose puck. Rieder easily beat Anton Khudobin, who had several tough saves in overtime before the winning shot. Talbot stopped 57 shots for Calgary. Khudobin had 36 saves.

With the Stars desperately trying to get even after a goal with 2 1/2 minutes left was wiped out by goalie interference, Pavelski pushed a rebound past Talbot with 11.9 seconds left in regulation. Each of his earlier goals put the Stars up one.

''You're seeing what he's doing on the ice, and I'm seeing and I'm listening to what he's saying between periods and on the bench, which is just as important,'' Stars coach Rick Bowness said. ''He had a phenomenal game. He felt it. In fact, on the bench, he said, `Bones, I feel it.'''

Calgary's Sam Bennett scored twice, with Bennett's second giving the Flames their first lead at 3-2 at 14:50 of the second period. Denis Gurianov pulled the Stars even in the final minute of the second.

Johnny Gaudreau had a goal and an assist for the Flames, who were seconds away from a 3-1 lead in pursuit of just their second playoff series victory since going to the Stanley Cup Final in 2004.

After Jason Dickinson's apparent tying goal was erased because Corey Perry got stuck behind Talbot, Pavelski's third was upheld on review for offsides against Tyler Seguin, who had two assists. Dallas won for the second time this series when allowing at least four goals after doing so just once during the regular season.

''It's unfortunate,'' Gaudreau said. ''We got away with one with goalie interference. Almost got away with another one with offsides there. Had a couple of good scoring chances in overtime, couldn't find the net.''

Rieder scored short-handed during Dallas' only win in the series, 5-4 in Game 2. Mikael Backlund opened the scoring with a short-handed tally in a 2-0 win in Game 3. It's the first time the Stars have allowed three short-handed goals in a series.

Dallas scored the first goal for the first time in the seven games since the restart when Pavelski poked a rebound past Talbot late in the first period. Pavelski's second goal was a wrist shot in transition.

NOTES: Khudobin started for the fourth time in the series with Ben Bishop declared unfit to play. ... Flames LW Matthew Tkachuk, who seemed out of sorts when he skated off the ice and then left the bench early in the third period of Game 2, missed his second straight game. Tkachuk banged heads with both Jamie Benn and Jamie Oleksiak after getting caught in a collision. ... Stars D Stephen Johns was unfit to play for the third straight game. He returned this season. ... Pavelski started the game eighth among active players in career playoff goals. 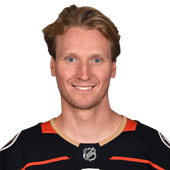