EDMONTON, Alberta (AP) Connor McDavid scored 1:17 into overtime to give the slumping Edmonton Oilers a 4-3 victory over the Vegas Golden Knights on Saturday night.

McDavid danced around a defender and chipped a shot over Adin Hill for his NHL-leading 16th of the season.

''It was ugly right from the start for me,'' McDavid said. ''I fought the puck all night, changed sticks a couple times. Dropped my stick, lost a mouth guard a bunch of times . It was ugly, but obviously (it was about) sticking with it and I found a way to contribute to the game.

''You know, make it count when you get your chance.''

Oilers coach Jay Woodcroft said McDavid is like a shark when an opportunity arises.

''I think anybody can see blood. He's one of the special ones that can smell it,'' he said. ''(He) obviously made some plays there that helped us win the game and came through when it mattered most.''

Warren Foegele, Leon Draisaitl and Zach Hyman also scored to help the Oilers improve to 10-8-0. They had lost five of seven overall and three straight at home.

Mark Stone scored twice for the Golden Knights. Keegan Kolesar also connected and Hill made 19 saves. Vegas has lost three of four to drop to 14-4-1.

''We did a good job to fight our way back into the game, but unfortunately they made a play in overtime and got the win,'' Golden Knights coach Bruce Cassidy said. ''We want two points. We are a good overtime team.

''We started with the puck and had our opportunity to generate something, and they checked it back, so good for them. There were some good things to get a point. If we started a little better, a little cleaner, then maybe we get the two. But, at the end of the day, we will take the one.''

Golden Knights: At Vancouver on Monday night to wrap up a two-game trip.

Oilers: At New Jersey on Tuesday night to open a three-game trip to New York. 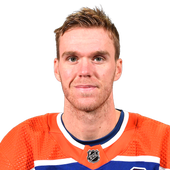