Johnny Gaudreau contributed a goal and two assists, Kent Johnson scored his first NHL power-play goal, and Yegor Chinakhov and Boone Jenner each added a goal for Columbus, which has won four of its last five at home. Tarasov faced a career-high 50 shots and 94 shot attempts in his first win since Oct. 23.

''You need someone to hold fort for you,'' said Blue Jackets coach Brad Larsen, who was behind the bench for his 100th NHL game. ''You look at all the good teams-their goalies do that for them. And (Tarasov) did it pretty much all night tonight.''

Florida went up 1-0 at 7:52 of the first when Tkachuk tipped in a Gustav Forsling one-timer from the blue line for his third goal in as many games.

''We got to get some people on that front and score some hard ugly goals, because we're having a hard time completing the plays around the net,'' Florida coach Paul Maurice said.

Chinakhov knotted the score with nine minutes left in the first with a breakaway for his first goal since Oct. 30, and Johnson made it 2-1 with his power-play goal at 2:53 of the second period.

Ekblad pulled Florida even, poking the puck between Tarasov's pads with about three minutes left in the second period for his first goal since missing 11 games with a lower-body injury.

Kuraly put Columbus back in front at 1:57 of the third, deflecting in Eric Robinson's shot with 35 seconds left in a Florida power-play for his fourth goal in as many games. Gaudreau then gave Columbus a two-goal lead at 7:55, firing from the left circle.

''I think we won a game that maybe wasn't going our way all night and found a way to be mature about it stick in the game and continue to make the right plays,'' Kuraly said. ''Credit to us. I think we showed some maturity in a lot of situations tonight.''

Tkachuk goal extended his point streak to four games, and Forsling primary assist on that goal extended his streak of helpers to five games. Luostarinen secondary assist kept alive his three-game point streak. In addition to his goal, Gaudreau registered an assist in his fourth consecutive game on Saturday to give him 2-7-9 in his last eight games. Jenner's goal stretched his points streak to four straight games and five consecutive home outings. He has 10 points (7-3) in the last eight games.

The Columbus Blue Jackets placed goaltender Elvis Merzlikins on injured reserve retroactive to Nov. 15 and recalled winger Trey Fix-Wolansky from the Cleveland Monsters. Merzlikins, 28, suffered a hip injury against Philadelphia and is expected to miss at least another week.

The goalie matchup of Tarasov and Bobrovsky featured two natives of Novokuznetsk, Russia. Bobrovsky's idol was Tarasov's father, Vadim, and Tarasov has closely followed Bobrovsky's NHL career and faced him for the first time. ''You play against Russian goalies in the NHL, every time it's special,'' Tarasov said. ''Tonight was very special (since) we are from same town.'' 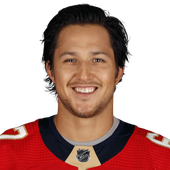